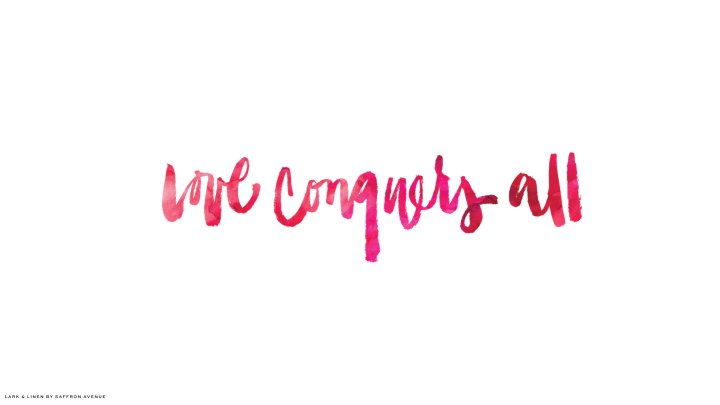 Many of you seem to wonder how it is possible for two people of different cultures and religions to have a relationship or even to be married. All I can tell you right now is that it is possible, but it takes work. I live by the rule ‘ teamwork makes the dream work’ so as long as you stick together, you can make things work. In this article today I will talk about our story in general and how we have dealt with all our differences. Let’s start at the beginning… 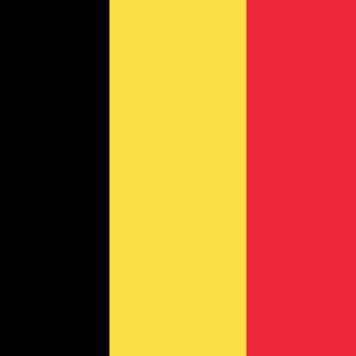 So there I was, as a 16 year old girl, falling in love with Aly, an Egyptian AND Muslim guy through Facebook. From the beginning we talked about our different religions but we were totally fine with it. We knew we’d have struggles but we really wanted to make our relationship work. His family was fine with me not being Muslim which was a big relief to me; even until this day my husband and his family never forced me or pushed me into becoming Muslim, of course they’d love it if I would convert to Islam, but they are fine with me if I stay they way I am. I don’t think my parents really had a problem with the fact that Aly was Muslim, they just thought a long distance relationship would be difficult and they were like: let’s see how long this will go on. They totally love Aly by the way!

Our relationship started on 22 August 2010; yup, that’s when we called it official. After a couple of months, I think it was somewhere in October, Aly came to Belgium for the first time. And that was also the time that we met for the first time in person. I remember when Aly used to come to our house he was shy to give me a kiss in front of my parents and specially in front of my dad haha. That’s was definitely a cultural/religious difference but after a while he got ok with it. By the way, the picture above is our second picture together, during a football game. Unfortunately we lost our first picture so we kinda hang on to this one. Man, how much have we changed, hihi. From the start we knew that our relationship was the real deal and we were in it to eventually get married. I might not be the typical European girl, I didn’t drink alcohol (and still don’t) and I wanted a serious relationship, one that would end in a marriage. I wasn’t the type of girl looking for just boyfriend, I mean, what’s the point of having a relationship when it’s not going anywhere. At that time I was still in high school and and Aly was part-time student, part-time football player.

For about 4 to 5 years we had a long distance relationship, between Belgium and Egypt and then between Belgium and Portugal when Aly signed for a Portuguese football team. We had times that we did not see each other for 6 months, believe me, that sucked!

Then, finally, in 2015 we got married in Belgium and about 1 month and half later I moved to Portugal to be with my husband. At that time I was still waiting for the results of 2 exams in college but luckily I succeeded both. I was married and had my bachelor, YAS! I was super excited to finally be living together with Aly. It was amazing. Finally we were able to do everything together, even just the smallest things made me happy. We were apart for 5 years, always feeling jealous when you see couples do things together and I couldn’t, but then I finally could.

Through all this time we really got to know each other even better. The good thing in our relationship is that we ask each other questions. Even though I will not become Muslim, I still want to know more about Islam, I want to know how my husband sees things and what habits he has. I mean, the Egyptian and Belgian culture are quite different. In Egyptian families (or at least in most of them) the husband goes to work and the woman stays at home, does the householding and takes care of the kids while in Belgium the roles between a man and woman are totally equal. I went to college so I wasn’t really planning on becoming a housewife, which eventually I did. Moving all around the world makes it more difficult to find a job and who knows maybe after 6 months I’d have to resign cause we’d be moving somewhere else and I’d have to get a new job. So yes, I became the one who did most of the cleaning and cooking, which unfortunately for my husband are not really my best skills, whoopsie.

But as I was saying, talking and asking one another questions about our backgrounds, habits, etc are is really important if you want to make this kind of relationship work. And not to forget, show respect, in every way possible. For example, when it’s summer in Belgium, I’d wear shorts, skirts and dresses. When I go to Cairo I won’t wear shorts. I’d still wear dresses and skirts but ones that are about knee length. It’s still a country where the bigger part is Muslim and I don’t want to offend people. But don’t get me wrong, I’d still wear T-shirts and stuff. When it’s 40 degrees celsius I just can not wear jeans or sweaters, I’d seriously melt. And Aly’s family also knows that. At home I used to wear tops on a short in summer cause I was just too hot. But when other family would come by I would wear something less revealing out of respect for them.

Then in 2017 our daughter Lily was born (totally planned by the way). I was a mom at 22 and that’s what I always wanted, to be a young mom. When I was 6 months pregnant Aly had to move to China which ment that I was going back home for the last 3 months and then when Lily was 6 weeks old we also left to China. We are blessed to have such an amazing daughter and it’s amazing to see how easy she adapts to every country we go to. When she was born we also decided that I was going to be a stay at home mom, at least for the time that we keep traveling (aka moving our entire lives across the world).

Atheism versus Islam, how did we deal with it?

My dad’s side of the family was Catholic and at my mom’s side they were/are Atheists. Atheists are people who do not believe in any god or whatsoever. When my sister and I were born, we were both baptized in church because that’s what my dad’s parents really wanted, but we did grow up as atheists. And honestly, I am happy that I did. I have never believed in god for me personally, but I do respect every other religion. I respect that other people believe in god but I just think that our lives should not be ruled by religion. And I feel like that’s what’s happening more and more now. I mean, you don’t introduce yourself as: Hi, I am Britt, I am an atheist, or as : Hi, I am Aly, I am muslim. To me that just never mattered and will never matter. I don’t care what your religion is, if you have a great personality and you’re a good person we definitely can be friends!

Honestly, our daily life looks practically the same as the life of a couple that has the same religion. 1 thing is just that Aly has to pray 5 times a day, but I mean it’s nothing, it only takes like 3 minutes each time and it totally became normal for me to watch him pray right in front of me. He also does Ramadan each year where he fastens for a full month, I am proud of him every time cause it’s really hard. Once in Egypt I tried it for a day, well, I had 1 sandwich when I woke up and then ate dinner at 7pm, well, I slept from 9pm to 9am the next day cause I was exhausted haha. Luckily Aly doesn’t mind that I eat while he’s doing Ramadan.

One important thing about having a relationship with differences in culture and religion is that it’s okay to not always agree. It’s just impossible to agree with each other all the time.

You all know that Muslim women have to cover themselves up and often I get the question if Aly ‘let’s me’ dress the way I want to dress. First of all, let’s me? I can choose my own clothing thank you very much. Aly being Muslim doesn’t change the way I dress. I will never wear clothing that’s too revealing like crop tops or these shorts where your but cheeks are basically hanging out. Nope, that’s not me. But that doesn’t mean I don’t wear a bikini in summer, I mean, how else am I supposed to get a tan?

So overal the differences in religion don’t play that big of a part in our religion and I think that’s great.

Racism from both sides

That’s another important topic in our relationship. Up until about 1-2 years ago I never had to deal with racism to my side. Aly was always the one standing out in Europe, being a black guy. In my small city in Nijlen it would happen that people look twice, there are always people who have their thoughts about a white woman with a black guy, but I never cared.

Then Aly got more popular in Egypt which made some of our pictures get seen by more people and also the comments started coming. Not that many luckily but still. I was experiencing racism, which I never thought would be something I had to deal with. On our daughter’s first Birthday my husband posted a picture of him and her on Twitter. Little did we know that people would put rude comments on these photos. People asking if Lily was really his, that maybe Aly should get a paternity test because Lily is much whiter than him. So, you’re implying that I cheated on my husband? EXCUSE ME?!

Okay, that’s enough bla bla bla now. I just want to show you guys that it is perfectly okay to have a relationship with someone that has a different religion or even a different skin color. Just talk and have respect for each other and you will have it all figured it out. There will be struggles but hey, that happens in all relationships.